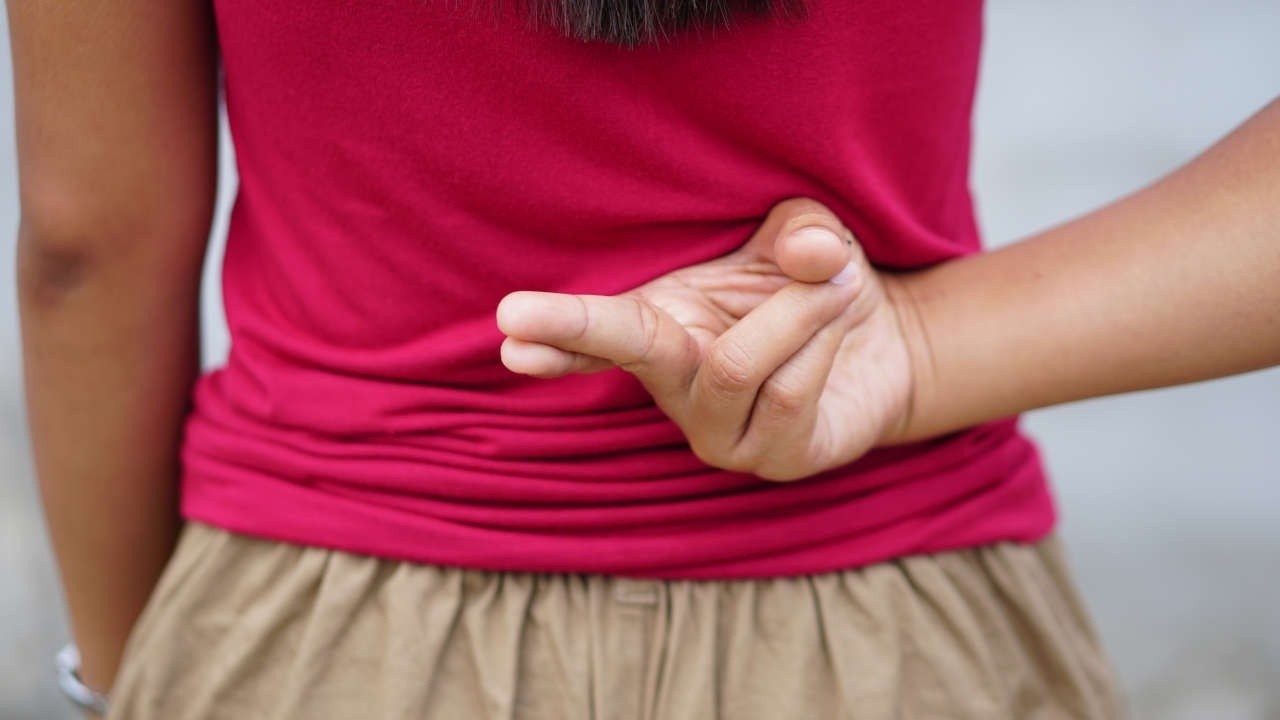 Happy Easter to you!  I hope all of you had a very fulfilling Holy Week and are able to experience the joy of the Resurrection in this Easter Week.

You’ve heard it many times.  Many of you have memorized it as part of your sacramental preparation. The eighth commandment.

Thou shalt not bear false witness against thy neighbor (Exodus 20:16)

And most of us were taught, when we were little, that lying was wrong. If you took that last cookie from the cookie jar, you gotta ‘fess up when Momma asks “Who took it?”

The Catechism of the Catholic Church (CCC) in paragraph 2508 defines the term lying.  It reads: “Lying consists in saying what is false with the intention of deceiving one's neighbor.” The intent to deceive is an important element.  So when your little niece or cousin or granddaughter is singing at your family gathering, “I’m a little teapot, short and stout…”, she is not lying.  There is no intent to deceive and no one is likely to get confused or disoriented and be harmed by her song.  Her singing is not an offense against Truth.

Is lying wrong in all cases?

Some, including St. Augustine and St. Thomas Aquinas, say yes.  According to these doctors of the Church lying always wrong.  Satan is the father of lies (cf John 8:44) and Jesus is the way, the truth and the life (cf John 14:6).  And the Catechism of the Catholic Church addresses lying and deception in 50 paragraphs, from 2464 to 2513, none of which justify lying for any reason.  For example, paragraph 2464 reads:

The eighth commandment forbids misrepresenting the truth in our relations with others. This moral prescription flows from the vocation of the holy people to bear witness to their God who is the truth and wills the truth. Offenses against the truth express by word or deed a refusal to commit oneself to moral uprightness: they are fundamental infidelities to God and, in this sense, they undermine the foundations of the covenant.

And paragraph 2485 reads “By its very nature, lying is to be condemned. It is a profanation of speech, whereas the purpose of speech is to communicate known truth to others.”

Not much wiggle room there for lying

But do I always have to tell the truth?

The short answer to this is no.  There are some situations in which you don’t have to tell the truth.  But you still shouldn’t lie.

Paragraph 2488 of the Catechism is clear that some people do not have the right to certain truths.  It reads:

The right to the communication of the truth is not unconditional. Everyone must conform his life to the Gospel precept of fraternal love. This requires us in concrete situations to judge whether or not it is appropriate to reveal the truth to someone who asks for it.

And our Lord in the Gospel refused to answer Herod, when Herod was questioning him in bad faith, possibly for sensational reasons, demanding a miracle.

So in certain situations, when the inquirer has no right to the truth, you can remain silent.  But you still should not lie.

Ok.  But is deception always impermissible?   What about the Nazis seeking to murder Jews in hiding?  Can I deceive the Nazi if they come knocking?

We admire the heroic Dutch resistance hid Jews from the Nazi who were out to catch them and send them to concentration camps, likely to their deaths, just for being Jewish.  We cheer when we see news reports in which undercover federal and state agents posing as drug dealers to capturing drug traffickers in sting operations and put those criminals behind bars.  We may even teach our children to find something nice (but inaccurate) to say about Aunt Maureen’s cooking, “a little white lie” to make her feel better.

And more recently, we’ve seen investigative undercover sting operations by Catholics like Live Action’s exposé of Planned Parenthood staff’s coverups of child abusers and statutory rapists.  We’ve seen David Daleiden’s Center for Medical progress covert videos that revealed Planned Parenthood executives admitting that they have sold organs and tissue for research from aborted babies to researchers.  In both cases, the investigates relied heavily on deception in order to uncover information.  Is deception the same as lying?

Should we condemn the lying of Dutch resistance members who deceived Nazi agents about hiding Jews?  Do we argue that it’s immoral for Catholics to be undercover police detectives who impersonate drug dealers?  Is becoming an FBI or CIA agent off-limits to faithful Catholics?  Should we condemn the deceptive means used in the undercover investigations of Lila Rose and David Daleiden whose work exposed the horrors of abortionists and their cronies?

Catholics in good faith often divided on these questions.  Some moral theologians say that deception is justified in some circumstances, and others say no.

With the stage now set for our future discussions of deception in this email, I will pick up with not only the moral but also the psychological questions around deception in next week’s email reflection.

We will be reviewing what Catholic philosophers Peter Kreeft and Christopher Tollefsen have to say about deception, and we will see some distinctions that Catholic ethicist Janet Smith as to make between deception and “false significations.” We will examine the core Catholic belief that the ends do not justify the means.

And in this series on lying and deception, we’re going to get down to where the rubber meets the road in your personal life, the moral decisions you have to make in your particular circumstances.

If you are interested in joining the RCC in our June enrollment for the cohort that will start meeting in September, check out our landing page for information and to sign up on the waiting list!  I’ll be starting to reach out to those on the waiting list in the next week or so with what to expect.

Litanies of the Heart

Also, we’ve started shipping the Litanies of the Heart printed copies.  If you haven’t prayed the Litanies of the Heart, please do so – it’s a great way to get in touch with what is going on inside you to help you bring your whole heart, your whole soul and your whole mind – all of you – to our risen Lord in prayer.  Check out all our Litanies resources here and consider bringing the printed litanies to your parish.  And please help us out with a donation as well.

That’s a wrap for this week, and I look forward to connecting next time!  Happy Easter again to you all.

Warm regards in the Risen Lord and His Mother,