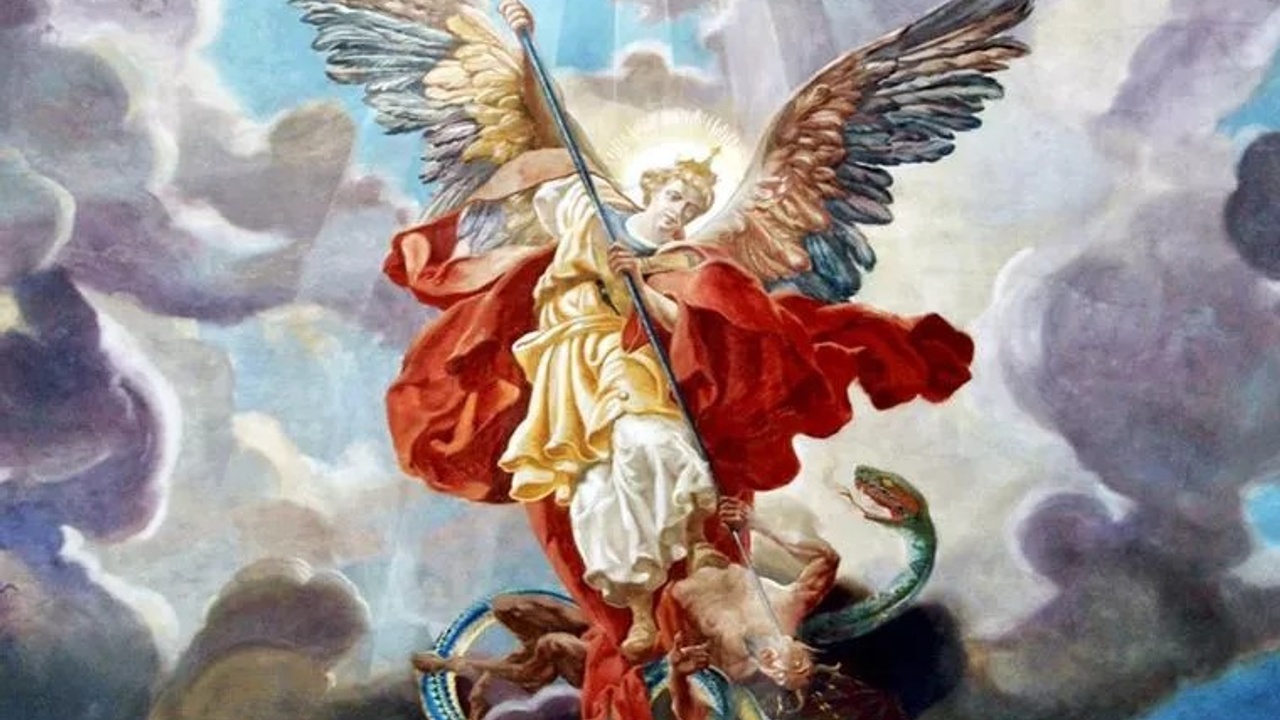 Demons are real.  We have it on the authority of scripture.  St. Peter tells us,

Be sober, be watchful. Your adversary the devil prowls around like a roaring lion, seeking someone to devour. (1 Peter 8:5)

For our wrestling is not against flesh and blood; but against principalities and power, against the rulers of the world of this darkness, against the spirits of wickedness in the high places.

And the reality of demons is supported by numerous documented accounts of exorcisms.  So, demons are real and spiritual warfare is a fact.  And some serious Catholics leave it at that.

Why do we spiritualize?

Some serious Catholics look at their struggles with temptation or sinful habits, or their failings and weaknesses through and exclusively spiritual lens. And that causes them no end of suffering.  Why?

Because while we are spiritual beings, we are not pure spirits.  We are embodied.  We are body and soul composites – we live in both the natural realm and the spiritual realm simultaneously.

And I have seen consistently in my clients, through more than two decades of clinical practice as a psychologist, how so many of their “spiritual problems” originate in the natural realm of the psyche.

Externalizing – This is “Not Me.”

There’s an appeal to spiritualizing natural processes within us.  First off, we can externalize what is actually internal but threatening to admit – for example, let’s look at a common case.   A serious Catholic man has a part with a toxic image of God the Father because of terrible developmental experiences with dad.  This part bore the burden of dad’s fearsome temper and lack of attunement, and transfers those experiences to father figures, including God the Father.

Thus, this part of the man hates God the Father and urges the man to curse and use His name in vain breaking the second Commandment.  This is highly threatening to other parts of the man – this is grave matter, after all.  It can be comforting for these concerned parts of the man to disown the angry part with its anger at God.  Instead of acknowledging that he has a part that hates God, the man can attribute his impulse to swear to a demon tempting him.  Thus, through psychological sleight of hand, he has repudiated a part of himself and externalized it.  So now he can believe that he is not angry at God at all – it’s a demon who is tempting him to swear.  When, in fact, there may be no demon involved at all.  And the man never deals with the real issue of his unresolved anger at God.

Seeking to have needs met

Let’s take a second example.  A serious Catholic woman might have a part that feels invisible to others, ignored, neglected, unimportant, unloved with a deep shame about not having her needs met so those needs are suppressed by other parts.  These deep unmet needs fuel intrusive bizarre sexual imagery and sexual thoughts which horrify her.

It can be very inviting to disown these experiences and attribute them to the influence of demons.  As a bonus, this maneuver brings the added psychological satisfaction that at least she is important to a demon.

And also, such an interpretation can elicit attention and care from others – her pastor now gets involved, friends at church are praying for her and calling her, her husband is a little nicer to her, and she can tell her story to interested members of deliverance ministry team.

She has become the focus of attention – attention that her suppressed part has been craving.  But that attention won’t be enough to heal her.

The “Revenge of the Repressed”

An exorcism or deliverance for either this serious Catholic man or serious Catholic woman is not going to help them and it will likely harm them. How?  When a part of oneself is mistaken for a demon, that invites bad treatment – you can’t “cast it out” – you can’t cast out a part of the self any more than you can cast out your pancreas.  Attempted exorcisms or deliverances against parts of us demonizes them and suppresses those parts, and forces them into the unconscious where their legitimate concerns and painful wounds remain outside of the influence of our  intellect and the will.

Then you get what psychodynamic therapists call “the revenge of the repressed.”   Why?  Because we have a teleological pull toward integration, toward internal unity and harmony within us, an essential movement toward health – which means healing across all of our parts.  Reflect on your experience.  How well has it worked for you over the long run to suppress, repress, or deny real experiences within you?  Did those parts carrying those experience say “OK.  I guess I’ll just live quietly forever in exile here, behaving myself nicely in this dungeon of the unconscious”?  Or did your rejected parts fight back, making a serious effort to be seen, heard, known and understood by your core self?

And that reality is backed up by Scripture as well.  Paul in Romans 1 and 7 gives long discourses on how men and women slide into depravity with no mention of demons being involved at all.  In Mark 7:20-23, Jesus tells us:

What comes out of a person is what defiles him. For from within, out of the heart of man, come evil thoughts, sexual immorality, theft, murder, adultery, coveting, wickedness, deceit, sensuality, envy, slander, pride, foolishness. All these evil things come from within, and they defile a person.

There is no mention of demonic influences here.  Unresisted concupiscence as a result of original sin is more than enough to sink us. That makes us “low maintenance” for demons – there is no need for a demon to attack and wage spiritual warfare on someone who is sabotaging himself with internal psychological warfare.

In my clinical experience, when there are suspected demonic influences, the demons usually approach the most alienated, rejected, exiled, abandoned parts of a person.  The parts that don’t have a voice within the person, the ones who want some kind of relationship with someone, anyone.  Thus, the internal disconnects of psychological fragmentation can contribute to vulnerability to demonic influences.  If grace perfects nature, as St. Thomas Aquinas tells us, it shouldn’t be surprising if demons try to capitalize on defects in nature to bring evil to a person.

One area in which internal fragmentation and inner psychological gets played out in an intense way is the sexual realm.  Especially for Catholic men.  Human formation issues underlie so much of the trials that serious Catholic men experience in seeking restoration, wholeness and integrity in sexuality and relationships.  We at Souls and Hearts have an answer.

The Catholic Journeymen (CJM) community within Souls and Hearts focuses on just this restoration, wholeness and integrity.  Members participate in weekly group meetings, a one-on-one accountability/mentorship program, and a forum for discussion of sharing and resources. Members also enjoy access to exclusive Souls and Hearts courses on Restoring Marriage after Pornography and Vocational Discernment. And right now, we have a special offer to join Catholic Journeymen!  Click this link to find out more and get a one-month free trial to join this community of men dedicated to seeking restoration, wholeness, and integrity in areas of sexuality and relationships.

Warm regards to you in Christ and His Mother,