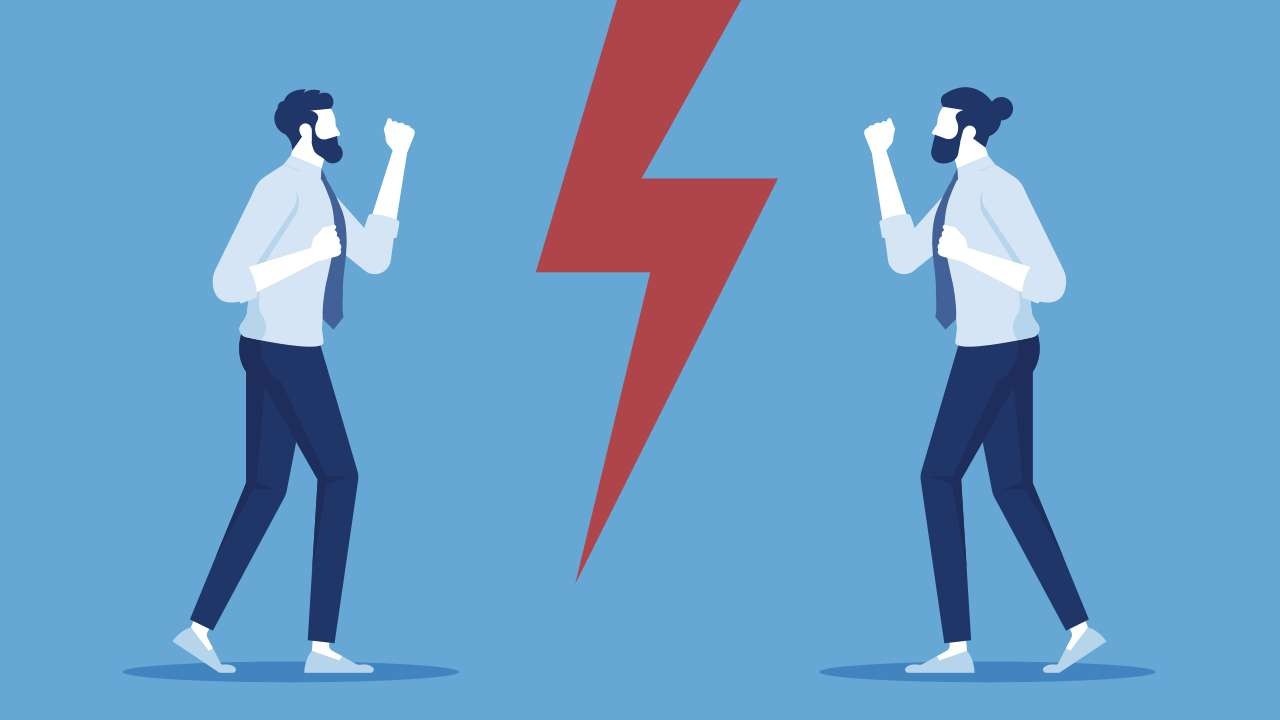 One of the most tragic effects of trauma is how it can alienate us from ourselves, from others, and from God.  A common response of trauma is the making of enemies.

This is the fourth weekly reflection in our email series on enemies, and now we’re zeroing in on the effects of trauma on relationships.

You can think of original sin as leading to the “original trauma.”  The sin of Adam and Eve in the Garden of Eden had a devastating impact on our bodily life – it brought illness, physical suffering, pain in childbirth, the ravages of physical labor, and it brought us physical death.  The effects of original sin on our psychological life are no less catastrophic, but they are much less obvious to us.

Remember what happened immediately after Adam and Eve ate the forbidden fruit in Genesis 3?  They were consumed with shame (about their nakedness, and about their sin) and terrified of re-encountering God, and so they hid themselves in the bushes.  They had severed their relationship with God.

Not only that, Adam and Eve’s relationship with each other was so very compromised – Adam blamed Eve for his part in the sinning, for example.  Adam said to God in verse 12, “The woman whom thou gavest to be with me, she gave me fruit of the tree, and I ate.”  One can imagine the stress, the recrimination, the blame game, and all the domestic quarreling.

And each of them, Adam and Eve suffered terrible consequences internally.  Internal disconnects – not being able to handle the implications of their action in conscious awareness drove so much into the unconscious.  Defenses emerged in an attempt to not be overwhelmed by the gravity and intensity of their plight – avoidance, withdrawal, and externalization are prominent in Genesis 3.

Sin as the Breaking of God’s Laws

Sin is indeed the violation of our Lord’s commands -- some of us are old enough to remember the Baltimore Catechism #3 Lesson 6:

A: Actual sin is any willful thought, word, deed, or omission contrary to the law of God.

Sin as the Failure to Love and the Breaking of Relationships

The Catechism of the Catholic Church brings multiple aspects into the definition of sin in paragraph 1849:

Sin is an offense against reason, truth, and right conscience; it is failure in genuine love for God and neighbor caused by a perverse attachment to certain goods. It wounds the nature of man and injures human solidarity. It has been defined as "an utterance, a deed, or a desire contrary to the eternal law." [Emphasis added].

We thus can frame sin as a failure to love.  Sin is the omission of loving according to the two Great Commandments, neglecting to love God and to love our neighbor as ourselves.

Let’s go a step further.  When we don’t love, we injure human solidarity (see CCC 1849, above).  Therefore, we can see sin as the damaging or the rupturing of relationships.

Fr. Andrew Hamilton, SJ, was quoted in a very important paragraph in a post titled “Sin, the Breaking of Relationship" on the ignatianspirituality.com website:

The Dis-Integrating Effect of Trauma

In contrast with the internal disconnects and dissociation of trauma, one of the hallmarks of psychological health is integration.   I discuss this at length in Episode 15 of the Interior Integration for Catholics Podcast.

Back to the Enemies in the Garden of Eden…

God came looking for Adam and Eve in Genesis 3 – gently calling out to them.  In His omniscience, he knew exactly where they were, the shrubbery was not going to shield them from divine eyes.  But in His gentleness and graciousness, He let them know He was coming.  He talked with them.  He reconnected with them.  While God cursed the serpent and cursed the ground, God did not curse Adam and Eve.  Instead, in His paternal care, He provided clothes for them of animal skins.

Now to the Enemy in the Garden of Gethsemane…

Similarly, in the Garden of Gethsemane, when Judas arrived with the soldiers and chief priests to betray our Lord and hand him over to death, what was Jesus’ greeting?  Jesus said to Judas in Matthew 26:50, “Jesus said to him, “Friend, why are you here?”

I don’t read anything sarcastic or snarky or ironic in Jesus addressing Judas as “friend.”  I am certain Jesus wanted to restore the relationship with Judas, even in so much darkness, even so far down a terrible road, even in such an hour of darkness.  Jesus didn’t want to have Judas as an unloving enemy.  He wanted Judas to be his “friend,” restored in relationship through repentance and reunion.  Even after Jesus died on the cross, He wanted Judas to remember how He addressed him – and for Judas, in that knowledge, to repent, as Peter eventually did from his abandonment of our Lord.

Trauma and the Closing of Hearts…

So we see in the key moments of Scripture, how God reaches out to us, even when we have so mistreated Him.  Can we be open to his love, in spite of the natural inclination to close our hearts in this fallen world?

To that end, Souls and Hearts is offering you the Litany of the Closed Heart as the first in our Litanies of the Heart series.  We believe this litany was inspired to help so many traumatized people reopen their hearts to Jesus, and return to him, like Peter did.

Your Mission, Should You Choose to Accept It…

I want you to go to our litanies page, download the Litany of the Closed Heart and pray through the whole of it at least one time.  It won’t cost you anything but a little time.  See what happens inside.  See what responses come up in you as you pray the words of that litany.

And let us know how that prayer went for you.  You can post a comment on our litanies page or email me at [email protected].  It would be great to hear from you.

And please forward this email and share the Litany of the Closed Heart as well as the other Litanies of the Heart with those whom you think may benefit.  Thank you, dear Souls and Hearts members.