The Sins of the Parents – Conveniently Denied 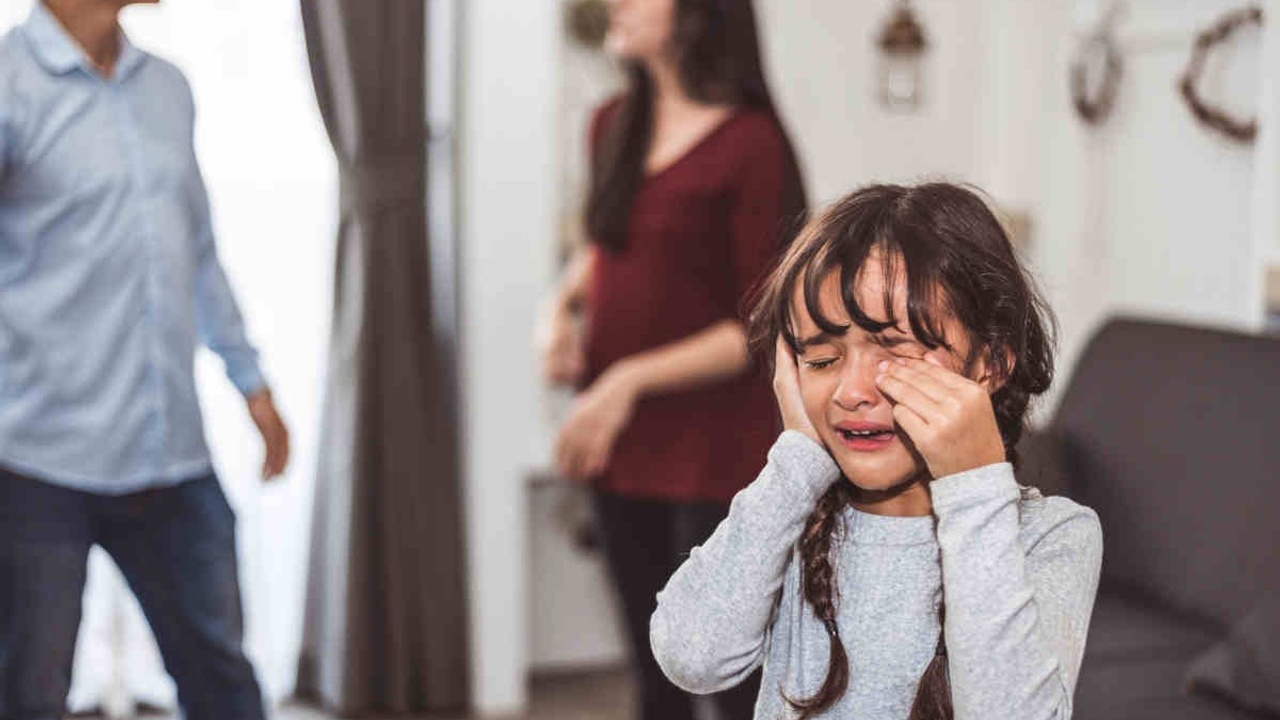 Imagine a person in my office, telling me…

“But I want you to know, Doc, that my parents, they did the best that they could in raising me.”

How many times have I heard that statement, in various forms in my work? My parents did the best that they could.

And that’s a lie.

And not only is it a lie, it’s more than that.

It’s a thought-stopping cliché. And that general, blanket statement that “my parents did their best with me” is also an insidious and harmful assumption that children absorb in childhood and take into adulthood – an assumption that can yield confusion and shame long after the parents are dead.

“Whoa, Dr. Peter,” you might be saying. Those are strong words. Lie? Thought-stopping cliché? Insidious assumption? Potential for lifelong harm?

Absolutely. Let’s back up a bit first, and review. Then we will break this statement (and all the similar ways of phrasing it) down.

Starting on April 20 and ending on June 1, 2022 I did a seven-part weekly reflection series on lying – you can look those reflections up on our blog now, and in that series, I refuted a number of ways that people justify lying, including white lies.

Now we are getting into one of the biggest whoppers that a parent can communicate to a child – the big fat lie that -- “I did the best I could.”

If that statement were true -- if your father really did do the best he could, if your mother really did the best she could – then there would be no formal sin in your parents’ conduct. God only holds us responsible for what we can manage. If it were actually true that your parents did the best they could in raising you, then they would be innocent of any formal sin. Why? Because they would have had insufficient knowledge or deliberation when they acted in any harmful way – after all, your parents (according to the cliché) did the best they could. So your parents would have no culpability – your mom and dad would be morally innocent before God and before you.

[Nota bene: There could still be material or “objective” sin, in the case when the parent didn’t know better or did not have sufficient volitional control of his or her actions. See this article by Ron Conte for helpful and clear distinctions between formal and material sin. But your parents would incur no moral guilt or responsibility, because “they did the best they could.”]

This assumed parental innocence flies in the face of Scripture, where St. Paul tells us in Romans 3:10 that “as it is written: “None is righteous, no, not one;” and just a little later in verse 23 that “… all have sinned and fall short of the glory of God.”

It is so, so common for parents to sin against their children. I have seven children ranging in age from 24 to 9 years old. It may well be that most of my sins are against my children. We live together, we rub up against each other all the time.

It’s not that I think I’m a terrible father. But because we have such close contact, there are plenty of opportunities for me to love my kids–and to fail to do love them.

And sinning is failing to love, as we discussed in the June 15, 2022 reflection, What is sin, really? Seven ways to understand sin.

This idea of alleged complete parental innocence also flies in the face of human experience. There is no one more able to get under the skin of a parent and activate shame than a child. There is no one more able than a child to bring up a deep sense of inadequacy and shame which then triggers all kinds of emotional reactions in a parent – anger, sadness, guilt. Then come the behavioral expressions -- aggression, intimidation, withdrawal, avoidance (i.e., the “silent treatment”) and so on.

Let me ask you -- When pressed and cross-examined, what honest father could really maintain that he really “did the best he could” in raising his son? What mother could truly say she “did the best she could” in raising her daughter? No mistakes. No moments when mom or dad “knew better” and didn’t take the loving course of action. Could you look me in the eyes (as my mother used to command when she wanted the truth out of me) and tell me that your parents did the best they possibly could with a straight face?

A word about sincerity…

Many parents, when they tell their children that they did the best they could in raising them, are sincere – they believe what they’re saying. Why? They are often disconnected, out of touch with their own interior life. They lack internal integration. They lack attunement with their children. And I don’t believe that this is usually out of malice. Parents have protector parts that are so focused on keeping them from being overwhelmed or flooded with shame, and with the emotions that flow from shame – the anger, depression, anxiety, guilt feelings of worthlessness.

When parents sincerely believe that they are doing the best they can, it makes it worse when there are the inevitable conflicts between parents and children. Let’s get into why.

It is as if the parent were saying, “I am desperate, I’m working so hard, my boat is riding very low in the water. You, my son, my daughter, you need to keep the water calm. Don’t make waves. Don’t rock my boat. Or it may sink, and then where would we be?”

The undercurrent of this is a message that the child needs to take care of the parent’s emotional state. The child, who will do almost anything to maintain relationship with the parent, is now parentified, now in the role of the emotional and relational caretaker of the parent. The child is forced to understand the parent’s point of view, to be attuned to the parent’s needs, and make it “all right” and safe enough for the parent. This is a major role reversal for young children, and it is unfair and way too demanding.

The parental assertion, “I did the best I could” sounds inarguable, incontestable in the child’s ears. The child can make no appeal. The thought-stopping cliché signals an end of the conversation, and unwillingness for the parent to be real, honest, and present in the parent-child relationship.

Tragically, this self-justifying, thought-stopping cliché also reveals an inability or refusal to attune to the child and understand the child’s point of view, at least in that moment. It’s defensive, meant to protect the parent’s fragility; it’s not about connecting relationally.

In short, when a parent plays the “I did the best I could” card, that reflects a parental failure to love the child.

The emotional and relational consequences for the child

And to make it worse, since the parental “I did the best I could” card is irrefutable and driven by the parent’s defensiveness due to the insecurity secondary to shame – there can be no discussion, no exploration, no processing, no alternative meaning-making. Depending on the developmental age of the child, the child is in the difficult position of having one or more of three bad options:

In summary, the parental “I did the best I could in raising you” cliché is wrong in three ways.

Second, it’s wrong morally. It’s a lie and a thought-stopping cliché with damaging consequences. It harms the parent-child bond, and induces shame in children.

Third, it’s wrong relationally. It drives wedges between parents and children, and it makes it so difficult or even impossible for young children to understand their experience. It parentifies children and makes them responsible for their parents’ well-being.

So, what are we to do as parents? Apart from not saying that thought-stopping cliché, how can we better connect with our children, to avoid these negative consequences? Here is an action plan.

Help me help you and others…

Ok. I need your help. I have parts of me that hate to admit that and really don’t like typing these lines. These parts of me would like to be self-sufficient, able to take care of myself without help. They don’t like dependency, even healthy interdependency.

First, I want you to pray for Souls and Hearts. To pray specifically for your fellow members in this outreach. I can’t be the only one praying. Make the human formation and psychological needs of our members, as well as the spiritual needs a specific prayer intention. And please pray for me. I am quite aware of my limitations and weaknesses in co-piloting Souls and Hearts, in writing these weekly reflections, in doing the monthly podcast, in leading the Resilient Catholics Community and the Interior Therapist Community. I feel like I’m walking on water and too often, like my namesake, I’m focused on the wind and the waves, not on our Lord. So please pray for me.

Second, if and only if you have been moved by these weekly reflections, please consider donating. If these reflections have not been important in your life, please don’t give. But if they have been valuable, if they have made a real difference for you and possibly for those you love, could you shoulder my burden of writing them with me? Each of these reflections takes me about three hours to write and edit. There are additional costs to turn them into blogs. And the time I spend writing them is time that I take away from revenue-producing work, like seeing clients. My income is now one third less than it used to be, before I founded Souls and Hearts with Dr. Gerry. Contributions like yours help me carve out the time to work on these reflections.

I’ve explored other revenue generating approaches. I won’t do advertisements and I am concerned about having big-dollar sponsors who might give money with “strings attached.” I don’t want any outside influences to interfere with sharing the messages that I discern I need to tell you. I don’t like affiliate marketing plans; I don’t like hustling products for a cut of the profits. I won’t do that stuff.

I’m just going to ask you. I want a simple relationship. Me and you and God. No outside influences competing for your attention or trying to influence you. If you value this content, you can show it by donating a little. Or more than a little.

For a higher level of generosity and commitment, consider a monthly donation of $5, $10 or $25, or name your own amount at the same link.

Don’t worry, you won’t hear this pitch often. I’m not going to pester you week after week. You’ll see a request three or four times per year at most.

Thank you for reading this. I wouldn’t write it if people like you didn’t read it. Thank you for giving these topics your time and attention.