The Conflicting Loves Inside You 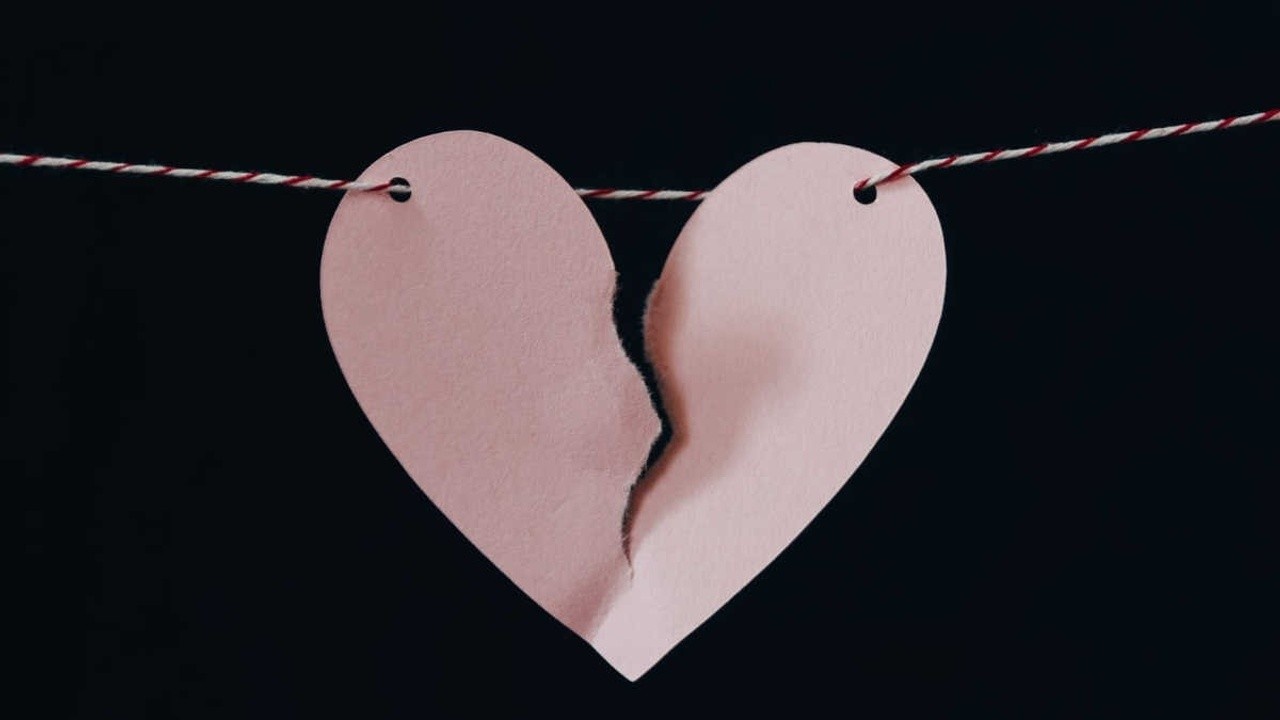 In last week’s reflection, from June 22, 2022, we discussed how sin is a “dangerous love,” drawing extensively from St. Augustine’s idea that sin is a “misdirected” or “misguided” love. I shared with you how the question is not whether we will love or not. The bigger question in our lives is who or what will we love?

This week, we’re going to dive into a much deeper understanding of the inner, conflicting loves we have – when we are pulled in different directions by our different loves. Being torn by different loves is a universal experience – we all know what it is like to be moved toward two (or more) perceived goods at one time – two (or more) goods that are irreconcilable.

A major element of my professional career as a clinical psychologist is understanding other people. Being invited into their phenomenological worlds. Walking in their shoes. Seeing the world through their eyes.

And to that end throughout most of my career, I studied the science and art of personality assessment. I used it extensively, not only for evaluating candidates for the priesthood and religious life or for fitness-for-duty evaluations, but also for my clients – to more rapidly and accurately grasp the topography of their inner worlds. I was also very interested in understanding what my clients could not tell me, could not share with me – because they didn’t know, that which wasn’t available to their awareness. I’m talking about the contents of the unconscious.

And the longer I used the best, most sensitive psychological tests, the more complex my descriptions of each client’s personality became – I would write reports with summary lines like: “Mr. X has a narcissistic core with an obsessive overlay that faces the world, with significant avoidant defenses.” In this complex summary statement, I was trying to nuance the understanding of his personality.

Because I was finding out that the concept of a single, homogeneous, unitary personality didn’t fit people very well. Even though the idea of personality is enshrined as a basic assumption in the fields of psychology and psychiatry, I began to question whether it deserved such a status. And after long deliberation, I concluded it didn’t.  The concept of single, monolithic personality is a myth.  And it’s a harmful myth. Trying to fit them into a single, unified personality misrepresented my clients. It provided only a surface-level understanding of their psyches – just a look at the tip of the iceberg.

Unity and Multiplicity of the Person

In the last three or four decades with the field of traumatology, several therapy modalities have emerged that emphasize that within the psyche of each human person, there is not only a unity, but also a multiplicity – that each person has different parts or alters or identities or ego states or modes of operating that vary wildly – and this is not just the case in Dissociative Identity Disorder (aka Multiple Personality Disorder), but is also normative, something that goes on inside each one of us.

Ego State Therapy, Schema-Mode Therapy, Developmental Needs-Meeting Strategies, the Structural Theory of Dissociation, some EMDR-based approaches (like that of Sandra Paulsen) and Internal Family Systems have all made the case for the normal multiplicity of the human person.

Each of the parts is not just a mood state or an emotion – rather, each part is an enduring, identifiable constellations of emotions, thoughts, beliefs, assumptions, desires, attitudes, needs, and each part with its own particular interpersonal style and world view. In short, each part is like a subpersonality within. So Schwartz argues, in essence, that we have many personalities. And I agree with him. We have many parts and one self.

And we understand this intuitively – we can say things like “Part of me really wants to get out and exercise, but another part of me wants to sit on the couch and watch the end of this show.” Or we discuss how we are “of two minds” on a particular topic or question.

So much of our internal experience becomes clearer when viewed through the lens of parts. I invite you to check out episode 71 of my Interior Integration for Catholics podcast, titled “A New and Better Way of Understanding Myself and Others’ for an introduction to the Internal Family Systems (IFS) model.

In last week’s reflection, I shared how each of us has five primary attachment needs.

And we discussed last week about how when you are driven by your disordered loves, your dangerous loves, you are most likely seeking not just money, sex, power, prestige, or some other surface good, but the deeper thing you are looking for is one of those five attachment needs (and we had examples).

Now, we are going to add a layer of nuance. Each of our parts can have different attachment needs. And each part, if it is not integrated into a broader sense of self, can impel us toward its own agenda, to get the particular need it holds met. And that can be in conflict with the needs experienced by another part.

Let me give you an example. One part of a young woman knows that she should leave her romantic relationship – her boyfriend has no intentions of marrying her, he has no interest in becoming Catholic, and he can treat her with indifference at times, especially when his buddies come around to invite him to go fishing, bowling, hunting, or drinking. This part of her wants to protect her and keep her safe from being hurt by his insensitivity. Another part of her, though, really is attached to the times when he is so attentive and focused, and seems to cherish her. This part believes that if she leaves him, she won’t find another boyfriend and will never get married. So in this example, we have two parts, with two different attachment needs, two different desires, two different “loves.” The first part seeks safety and protection, and the second part seeks to be cherished and treasured. And these motives are in conflict with one another, leading to ambivalence and equivocation about whether to stay or go in the relationship.

When your parts are not in right relationship with your innermost self, they are often attracted to maladaptive and counterproductive ways of getting attachment needs met – they have disordered loves, loves that are in conflict with what is actually best for us.

Let’s take the example of a young man who is to attached to video games. He plays them four hours per day on average, arguing that they are “just fun” and he’s making a living and has an independent lifestyle – he’s not leaning on anyone for support.

But it’s not really about the video games. It’s about his attachment needs.

This man has been burned before in close relationships – he has a part that has vowed to never be vulnerable again, this part’s job is to protect him from ever being hurt again. So that part pulls him toward video gaming, as a way of taking up time and distracting him from deeper relationships that other parts want. His video gamer part is seeking safety and protection – the first of the primary attachment needs.

And we could multiply examples:

...a woman driven by a part who allows herself to be sexually exploited in the hope that her sex partners will see her, hear her, understand her and appreciate her for who she really is – while another part of tries desperately to warn her that she is being used and abused by men, and that this is not safe.

...a woman motivated by a part what impels her to drink to excess in a vain hope of feeling a sense of comfort and of being reassured when she feels so insecure as another part condemns her for being so dependent on bourbon.

What is common to all these examples is that parts, operating autonomously, not under the leadership and guidance of the innermost self, are pulling toward disordered, misdirected and dangerous loves, with serious consequences – both in the natural realm and in the spiritual realm – that further divide them from God and others. We’re talking about impulses toward sin that lead to sinning. And the sad aspect of this is that all of these maladaptive approaches are about trying to get legitimate attachments needs met – but going about it in the wrong way. Good intentions are not enough – as the old adage goes, the road to Hell is paved with them.

It reminds of St. Paul in Romans 7:15 asking the question:

“I do not understand my own actions. For I do not do what I want, but I do the very thing I hate.”

The alternative, in two words is “ordered love.” Love that is connected with what is real, good, true and beautiful. I discussed the primacy of love in our emotional well-being in the latest episode (number 95) of Interior Integration for Catholics titled The Primacy of Love, and I encourage you to check that episode out if you’re interested in learning more about loving and your well-being – how following the Two Great Commandments is related to your psychological and emotional health. We also cover the eight types of love described by the ancient Greeks, and the five characteristics of love.

If you’re ready to take it to the next level, if you are ready for an adventure in learning to love and to be loved, if you’re seeking a pilgrimage with other like-minded Catholics toward greater internal integration, toward much better human formation, toward a much more solid natural foundation for the spiritual life – then consider the Resilient Catholics Community. Check out our landing page – we’re open for new applications for just a few more days for our new cohort which will start meeting in late August.

If you resonate with this way of understanding yourself – with parts and an innermost self, and if you really like the Interior Integration for Catholic past, consider joining us – you can apply and go through the discernment process with us – we will help you identify your parts and how your parts’ loves are in conflict through our Initial Measures Kits – check out these downloadable PDF mock sample reports for a woman and a man. Don’t you think it might help you understand yourself if you had a report like this? Apply here if you’d like to find out of the RCC is right for you. And don’t hesitate to get in touch with me via email ([email protected]) or via my cell at 317.567.9594.

Dr. Gerry with Matt Fradd on Pints with Aquinas – Healing in the Wake of Roe v. Wade

Matt Fradd invited Dr. Gerry to hang out with him on Pints with Aquinas and discuss the Supreme Court overturning Roe vs. Wade. Check out all that action in this two-hour episode livestreamed last Monday – you won’t want to miss it. Tens of thousands have already taken in Dr. Gerry’s wisdom.

That’s all for today. Thanks for reading all the way to the bottom.

In Christ and His Mother,

P.S. Please forward this to those in your social circle who might find it interesting to discuss with you – this email reflection can be a springboard to understanding another person more deeply. And if you’ve received this as forwarded email, you can sign up for these weekly reflections here.