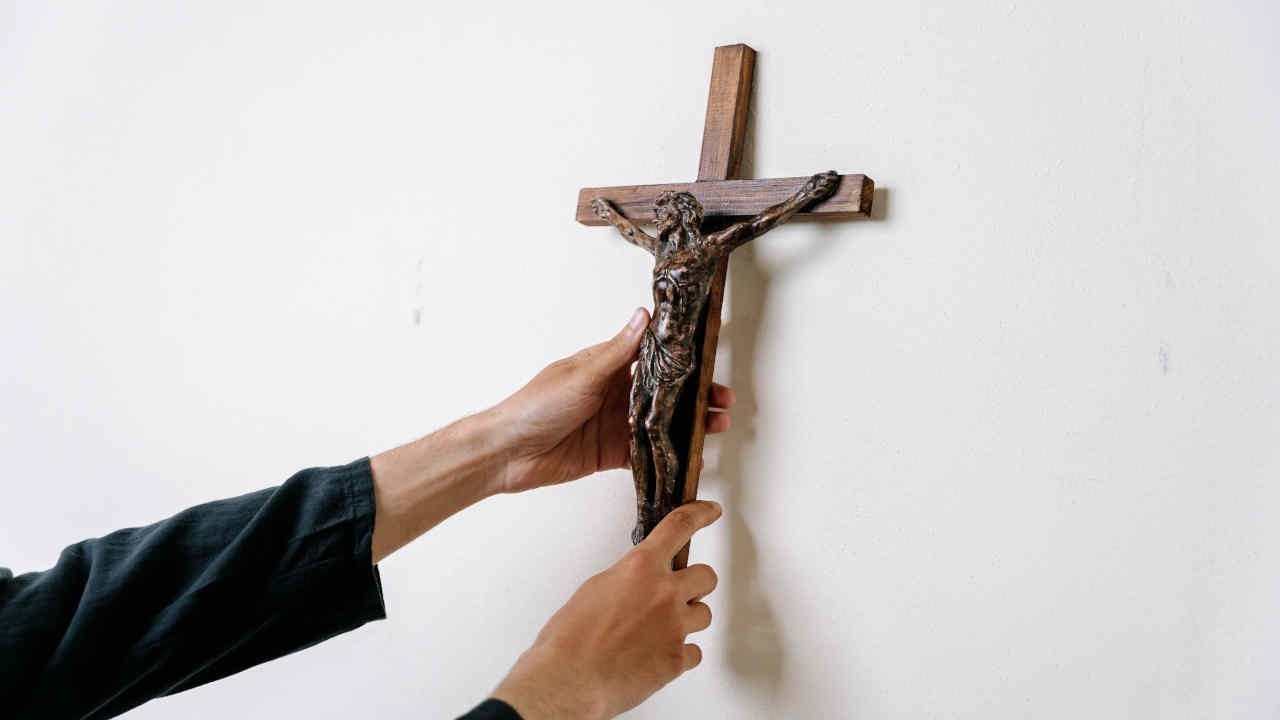 So what is “Catholic” therapy or counseling?  Is there such a thing?

Some might argue that a therapy is Catholic if the therapist is Catholic.  But that is far from necessarily being true.

Others might claim that a therapy is Catholic if the therapist and client pray before the session.  Hmmm.  I don’t think so. That's not enough.

Some people might claim that therapy can’t be Catholic, any more than mathematics can be Catholic, because therapy happens in the natural realm. To them a “Catholic therapy” wouldn’t make sense.

Every therapy is grounded in some kind of anthropology.  By anthropology, I mean, in the simplest terms and in the words of Mgsr. Charles Pope, “The science or study of human beings through time and space.”  Check out Mgsr. Pope’s two-part series on a Catholic anthropology and the common anthropological errors in our day and age here.

Back to the question…

So I hold that what makes a therapy “Catholic”is its Catholic anthropology and the fidelity the therapist maintains to that anthropology. And most therapies (including my favorite modality, Internal Family Systems) are secular in their origin, with secular anthropologies.   Thus, these therapies need to be modified to harmonize them with the truths of our Faith.  And not the other way ‘round, (which often happens) -- when a therapy approach contradicts the Faith, the Faith gets modified and tweaked and changed to accommodate the therapeutic approach.

This brings to mind G.K. Chesteron’s quote in his book "Charles Dickens: A Critical Study":

And I would add, that includes the world of psychotherapy.

To this end, the faculty at Divine Mercy University have recently published an edited volume entitled The Catholic Christian Meta-Model of the Person, (CCMMP) which “… blends the insights of three wisdom traditions—the psychological sciences, philosophy, and theology—to provide a framework for understanding the whole person. It provides and integrative mindset and approach to serve research, theory, and clinical practice for professional of all levels in the mental health field...”  The CCMMP is a major effort to describing a Catholic anthropology that can undergird the practice of psychotherapy.

And these efforts toward a Catholic anthropology for therapy and counseling are even more important today than ever.  One main reason is subjectivism.

Subjectivism is the theory that perception (or consciousness) is reality, and that there is no underlying, true reality that exists independent of perception. It does not, however, claim that "all is illusion" or that "there is no such thing as reality", merely that the nature of reality is dependent on the consciousness of the individual. In an extreme form, it may hold that the nature and existence of every object depends solely on someone's subjective awareness of it.

It is this idea of subjectivism, with its rejection that objective reality can be known that is perhaps the most insidious. anti-Catholic premise in modern anthropologies.  “Reality is what I understand it to be…”  “This is my truth, what is true for me…”  “You have your truth, and you can keep your truth for you, but don’t impose your truth on me, I need to do me, to do my truth…”

This kind of thinking represents a major paradigm shift in the last few decades in psychotherapy.  It used to be that one definition of mental health was an accurate perception of reality.  We still see vestiges of this original position when we diagnose someone with delusions – Mr. X is not Napoleon, even if he is absolutely convinced that he is and speaks English with a French accent – or hallucinations – Mrs. Y is not currently trapped in a snake-infested pit, even if she is sure she can see the snakes, feel them slithering over her body, and hear them hissing.

But the anthropologies guiding so many current psychotherapies reject the notion of objective truths at the expense of personal perceptions, and nowhere is this clearer than in how moral truths are discarded in favor of personal, subjective perceptions in sexual ethics and in identity issues.

Chesterton captured this trend toward subjectivism with his pithy prose, more than a century old, in Orthodoxy (1908):

Of all horrible religions the most horrible is the worship of the god within…. That Jones shall worship the god within him turns out ultimately to mean that Jones shall worship Jones. Let Jones worship the sun or moon, anything rather than the Inner Light; let Jones worship cats or crocodiles, if he can find any in his street, but not the god within. Christianity came into the world firstly in order to assert with violence that a man had not only to look inwards, but to look outwards, to behold with astonishment and enthusiasm a divine company and a divine captain. The only fun of being a Christian was that a man was not left alone with the Inner Light, but definitely recognized an outer light, fair as the sun, clear as the moon, terrible as an army with banners.

And speaking of pithy prose, Paul Coplan gives us a summary of reality in these lines:

At Souls and Hearts…

Here at Souls and Hearts, we strive to be absolutely faithful to the perennial teachings of the Church.  We harmonize the best of psychology with an authentic Catholic anthropology, and we hold true to the reality that Jesus Christ is the Way, the Truth and the Life.  If we ever offer anything that seems to contradict the Faith, I want to hear about it.  Let me know at [email protected].  Check out Episode 73 of my podcast Interior Integration for Catholics to find out all about how I harmonize Internal Family Systems with the Catholic Faith.

If you are looking for an authentically Catholic therapist, we are offering a 90-minute free video course for you, to walk you through all of the steps – check out our “Catholic’s Guide to Choosing a Therapist” on our website soulsandhearts.com.

In the Resilient Catholics Community we engage with objective reality, as imperfect, struggling but real men and women, embodied beings.  The whole point is to overcome the natural obstacles that keep us from a deeper relational intimacy with God and Mary.  And we do that with absolute fidelity to the Truths of the Catholic Faith.

The Resilient Catholics Community is open until December 31 for new applicants.  Lots of information and the application form are on our landing page here.

See you next week!  In our Lord and our Lady,

P.S. If you are so moved, feel free to forward this email to someone you think might benefit.

P.S.S.  And I wish you great blessings in these remaining hours of Advent, leading up to our celebration of the birth of our Savior.