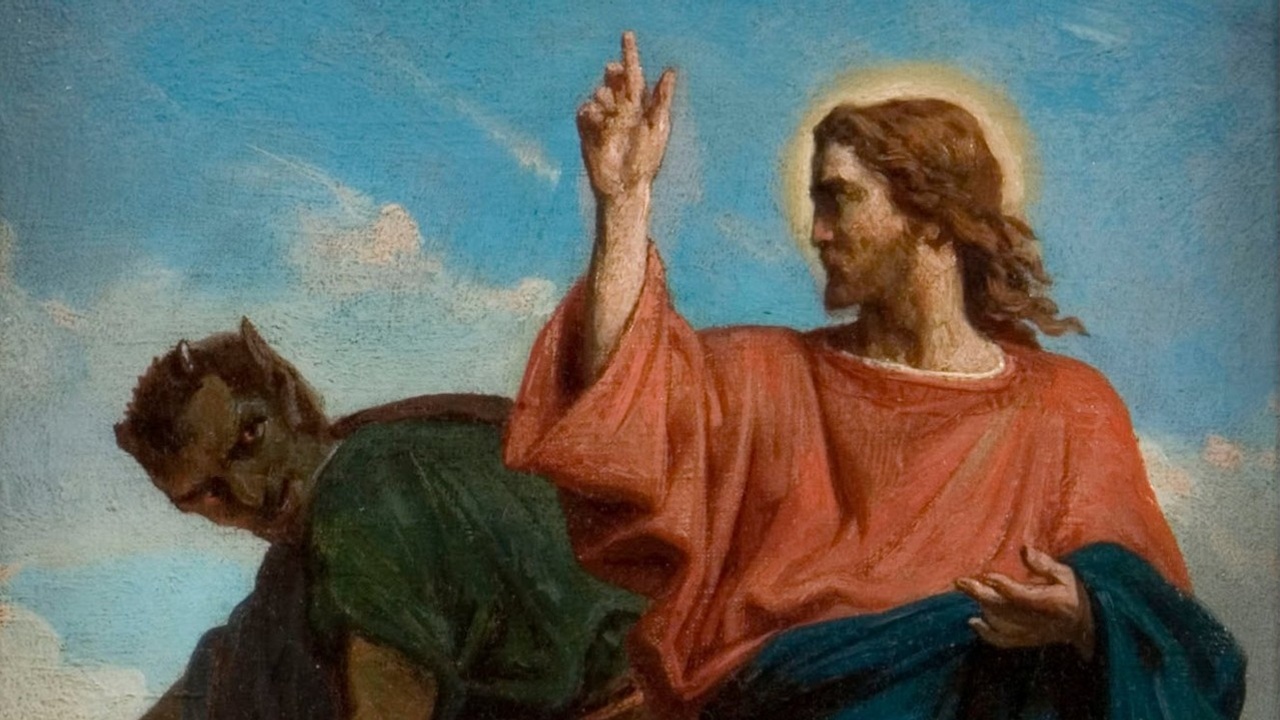 Who do you think of when you hear the scripture passage in Matthew 5:44 when our Lord commands us to “Love your enemies.  Pray for your persecutors.”  I invite you to slow down, take a minute and reflect on your enemies.  Who do you consider to be your enemies?  Who are they?

You have some challenging relationships – most of us do.  But do you consider those “difficult” people your enemies?

Or maybe you take the easy way out and assert that essentially only Satan in your enemy.  OK.  I’ll grant you that.  Satan is your enemy.  He hates you.  He hates everyone.  But he’s not who our Lord is referring to in Matthew 5:44.  There’s no value in praying for Satan who is irredeemably lost. Your prayers can’t help him.  So your enemy has to be someone else.

Perhaps you’re stumped.  You don’t know who your enemies are.  Maybe you claim to have to enemies.  You’re a lover, not a fighter, that line of reasoning.

Let’s just start with a little corrective truthiness here.  The idea that you don’t have enemies is patent nonsense (Part of me like to use stronger language, but it’s a family-friendly weekly reflection and there's no need to be crass).

You don’t get to choose the ‘no enemies” option.  We are in a major war here on earth.  There are sides.  We’re in the Church Militant.  And if you don’t know who your enemies are, you are at a major disadvantage in this cosmic conflict.

Our Lord commanded us to be and gentle as doves, yes, but also as cunning as serpents.  We are to be clear-eyed, perceptive and willing to grip on to reality.  That includes knowing who are enemies are.  Knowing who your enemies are and why they are your enemies equips you to better love your enemies.

Some Catholics are very, very hesitant, though, to identify an enemy as an enemy, to call an enemy by the proper name.  Why is that?  I think there are six major reasons, and let’s just paint them here in broad strokes:

My goal in this exercise is for you to have greater clarity in understanding what an enemy is and who your enemies are and how you should relate to your enemies.  That’s what this is about.

In future emails, I’ll go deeper in to these points.  But for now, I’m hoping that you’ll engage in some reflection and some prayer about who your enemies are and how you can better love them.

For a vivid psychologically-informed understanding of how shame contributes to the creation of animosity, making people enemies, I invite you to listen to Episode 46 of the Interior Integration for Catholics podcast titled “Shame and Tragedy:  Judas Iscariot and You.”  That episode goes deep into speculating on the inner world of shame, envy, rebellion and anger within Judas, an enemy of our Lord and how Jesus loved Judas, his enemy without hating him or fighting him.   I encourage you to check out that underappreciated episode.

Remember, for listeners of my podcast, Interior Integration for Catholics, I am available by on my cell phone (317.567.9594) every Tuesday and Thursday from 4:30 PM to 5:30 PM Eastern time.

Please keep Souls and Hearts and me in your prayers – we’re about to share a major project with all of you on March 25, the Feast of the Annunciation.  There will be a special email message that day as well.  We’re really excited about what we have to offer you all.  You are all in my prayers as well.

P.S.  Please forward this to anyone you think might benefit and help spread the word.  And if you’re not on our mailing list, I invite you to register at Souls and Hearts to not miss any of our weekly reflections