What is sin, really? Seven Ways to Understand Sin 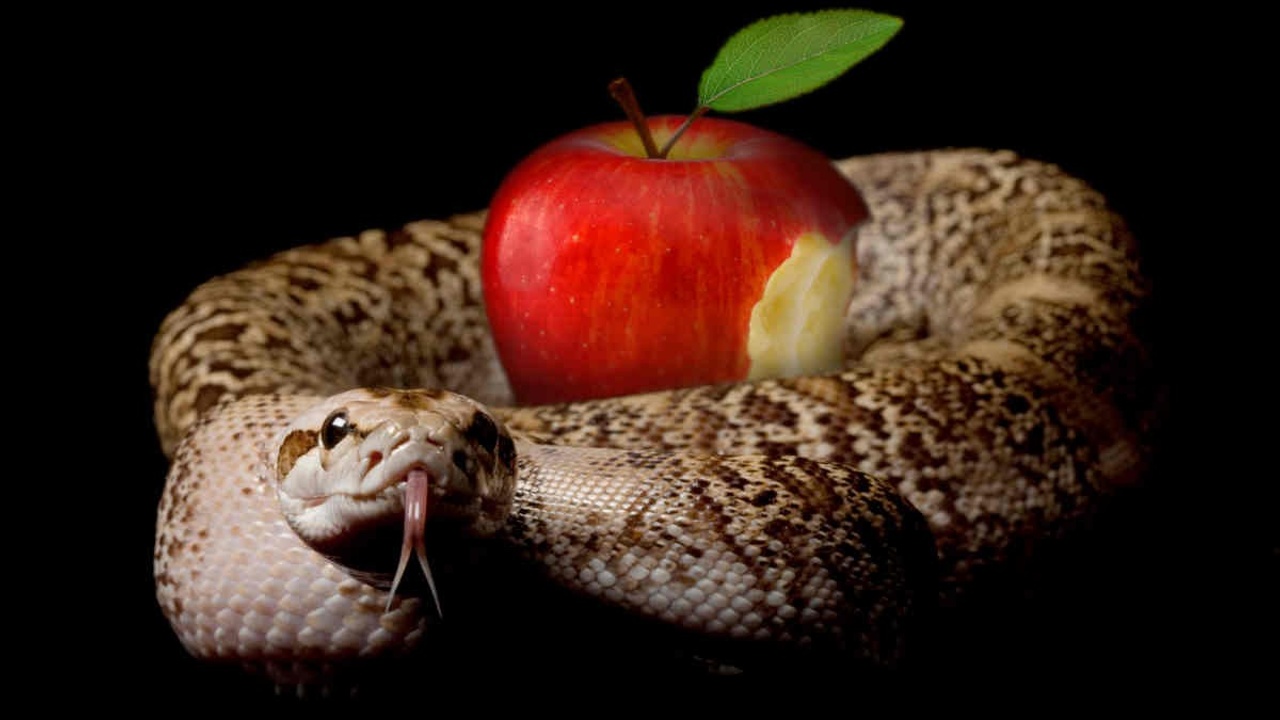 Today, we’re discussing sin.  Sin.  The word appears more than 400 times in the Bible.  Paragraphs 1846 to 1876 of the Catechism of the Catholic Church focus on sin, among many others.

Sin.  We hear the word.  We think of definitions.  Let’s get into it today, drawing the broad outlines of seven ways to understand sin.

“It is not easy to define a sin” writes Gary Anderson, professor of Old Testament/Hebrew Bible at Notre Dame, in his book Sin: A History in the first sentence of Chapter 1.  He continues: “The definition of a sin has proved far more complicated than one might have imagined.”

Let me ask you -- how do you, conceptualize sin?  How do you understand sin?  Take a minute now, and put your definition of sin into words before reading further.  That little exercise can teach a lot about our notions of sin.

I think sin can be conceptualized in many ways -- and today, I want to offer you seven of those ways, seven different ways of understanding sin:

Let’s review each of these briefly and get a bigger picture, a better understanding of sin

1. Sin as breaking the law

You might think of sin as breaking the law.  Transgressing the divine command.  And it makes sense, because sinning is often presented that way.  We learn a lot about morality from the house rules that are parents set for us and we are rewarded for obeying those rules and punished for breaking the rules.

In addition, we have examinations of conscience that are based on the Ten Commandments like this one. We have the words of St. John in 1 John 3:4:  Every one who commits sin is guilty of lawlessness; sin is lawlessness.  And Question 278 of Book 3, Lesson 6 of the trusty old Baltimore Catechism reads as follows:

A:  Actual sin is any willful thought, word, deed, or omission contrary to the law of God.

So we can think of sin as breaking the law.  That is one traditional lens through which to view sin.

Bible scholar Gary Anderson described how “the concept of sin as a burden is by far the most productive one in the Hebrew Bible.” In the Old Testament, sin was most frequently compared to weight -- a burden on the sinner.

For example, in Isaiah 1:4 we read:  Woe to the sinful nation, a people laden with iniquity, a wicked seed, ungracious children: they have forsaken the Lord, they have blasphemed the Holy One of Israel, they are gone away backwards.

The scapegoat in Leviticus 16 has the function of carrying and bearing away the sins of the Israelites – the goat takes away the burden of the sin of Israel.

And in our common language we still refer to being burdened by our sins – with heavy hearts.

But in a very interesting way, Anderson argues that the understand of sin changed for the Hebrews from being a burden to be born to being a debt to be repaid at a point several hundred years before the birth of Our Lord.

In the more literal translations of the Bible, such as the Douay Rheims version, the Our Father prayer in Matthew 6:12 reads:  And forgive us our debts, as we also forgive our debtors.

The result of sin was to owe a debt – for example, the history cited in 2 Isaiah is one of Israel sold into slavery in Babylon after the destruction of the Temple in 587 BC because of the Israelites’ great sinfulness, to work off the debt owed by her transgression in decades of slavery in a foreign land.

After all those years of slavery, Anderson argues, the debt was paid, enabling Isaiah to proclaim:

Comfort, comfort my people, says your God. Speak tenderly to Jerusalem, and cry to her that her penal service is ended, that her sin has been paid off, and that she is received from the Lord’s hand double for all her sins. (Isaiah 40:1-2)

And sin conceptualized as that was the central to almsgiving.  In this blog and video, Brant Pitre, my favorite Old Testament scholar discusses how “…almsgiving here doesn’t just deliver you from death, it doesn’t just lay out treasure for yourself against the day of judgment, it also is an offering in the presence of God. In other words, it’s a sacrifice acceptable to God. It has atoning power.”

So we can understand sin as a debt that needs to be paid.

Sin as “missing the mark”

Sinning from this perspective can be also thought of as poor navigation – sailing our ships through the world, but losing track of the North Star – allowing ourselves to be sidetracked by the fears and temptations in the world.

What I especially like about this definition is that it emphasizes how we need not have malice or ill-will to sin. To sin is to “miss the mark.”   All we have to do is relax our vigilance, and our concupiscence will take us way off course.

Sin as violating your conscience

In the last email reflection, from June 8, we discussed our consciences.  The Catechism of the Catholic Church, paragraph 1777 reads as follows:

Moral conscience, present at the heart of the person, enjoins him at the appropriate moment to do good and to avoid evil. It also judges particular choices, approving those that are good and denouncing those that are evil. It bears witness to the authority of truth in reference to the supreme Good to which the human person is drawn, and it welcomes the commandments. When he listens to his conscience, the prudent man can hear God speaking.

And Joe Heschmeyer discusses in this excellent and informative article why Pope Francis in a 2013 interview asserted that “there is sin, even for those who have no faith, when conscience is not followed. Listening to and obeying conscience means deciding in the face of what is understood to be good or evil.”

Sin as breaking or harming relationships

The Catechism of the Catholic Church, paragraph 1440 reads as follows:

That rupture and damaging communion is the breaking or harming of relationships, both with God and with the fellow members in the Church. And this makes sense – when we sin, we alienate ourselves from God and others.

In Genesis 3, right after the first sin on earth was committed, Adam and Eve were alienated from God, hiding from him in the bushes, and bickering among themselves.

Sin as a failure to love, or the “anti-love”

Perhaps my favorite way of understanding sin at this point in my life is to conceptualize sin as a failure to love, or the “anti-love.”  Remember, the two Great Commandments enjoined on us by our Lord were to love God and to love our neighbor.  Matthew 22:40 reads:  On these two commandments depend all the law and the prophets.

So I primarily understand sin now as the failure to love.  The omission of love.  It doesn’t require malice or hatred or venom.  It simply means failing to love.  Not loving my God with my whole heart, whole mind, whole soul and whole strength and my neighbor as myself.

So we need to study what it means to love…

And a great place to do that is to start with the most recent episode of the Interior Integration for Catholics podcast – that is episode 95, titled The Primacy of Love – and it’s all about love – the eight kinds of love that the Greeks described and the five attributes of love according to theologian Bernard Brady.  It’s the first in our series on Catholic well-being, what makes for the best life based on a Catholic understanding of the human person.

On email reflections and podcast episodes…

You’ll see that there is a complementarity between these weekly email reflections and Interior Integration for Catholics podcast.  Each email reflection and each podcast episode can and do stand on their own, but they are now part of a coordinated theme – for the next few weeks we will be discussing sin and evil in the email reflections and we will contrast sin and evil by continuing to explore love in depth in the upcoming podcast episodes – all in practical ways that can make a difference in your life.

Learning to love in the Resilient Catholics Community (the RCC)

The Resilient Catholics Community is all about learning to be loved and to love in those practical ways  We are on an adventure to live out love, to come so much closer to loving God with our whole hearts, whole minds, whole souls, and whole strength, and our neighbors and ourselves as well.  Together in community, on this pilgrimage to greater human formation, to removing the psychological obstacles to well-being, we are being freed to love more deeply and fully.

Check out what RCC members are saying about the RCC on our landing page here. There is nothing else like it in the Catholic world.  Call me at 317.567.9594 or email me at [email protected] and let’s talk – we can explore if the RCC is right for you or, if you know you are ready, register today.

Dr. Gerry on the air about the Litanies of the Heart (again!)

Listen in to Dr. Gerry Crete on Sacred Heart Radio out of Cincinnati, on Fr. Rob Jack’s  "Driving Home the Faith" show – the 13-minute segment on the Litanies of the Heart is here, and it’s worth a listen!  And if you haven't already, check out Litanies of the Heart — and start praying them.  See the difference they can make in your life.

P.S.  If you've read this far, you really like these email reflections.  I'll bet you know two other people that would like this one as well.  Here's my challenge for you:  Forward this to two people you know that might want to learn more about the kinds of sin.  Serious Catholics who are interested in this kind of material.  And then email me at [email protected] and let me know that you did it.  And thank you.

P.S.S.  And if you just received this email from another person and want to sign up to receive them regularly, go to Souls and Hearts and click on the blue button that says "Get Dr. Peter's Weekly Emails" -- we will get a new email reflection to you every week.